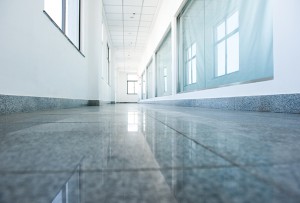 A foreign government built a regional hospital in Central Afghanistan, that was then unable to function owing to persistent attacks by local insurgents. The foreign government’s military guard force would come under fire regularly during the night and the situation became untenable. TOR was asked to assist.

The principle problem was quickly identified as being a lack of engagement with the local community. There was a significant cultural gap between the foreign military and medical personnel and the local Afghans.

A delicate buffer was established around the hospital with TOR staff maintaining a permanent presence, developing relationships both externally with the local village elders and the ANP (police) and internally with the foreign government representatives. In this way, disputes between the principle parties could be mediated and issues resolved.
The TOR team had devised a risk management solution via direct positive engagement with the local community. In this way, attacks were reduced and the hospital re-mobilized.
With ongoing local engagement maintained, the hospital then ran successfully for its full three year tenure prior to being handed over to the Afghanistan Government.

View all posts by TOR International →